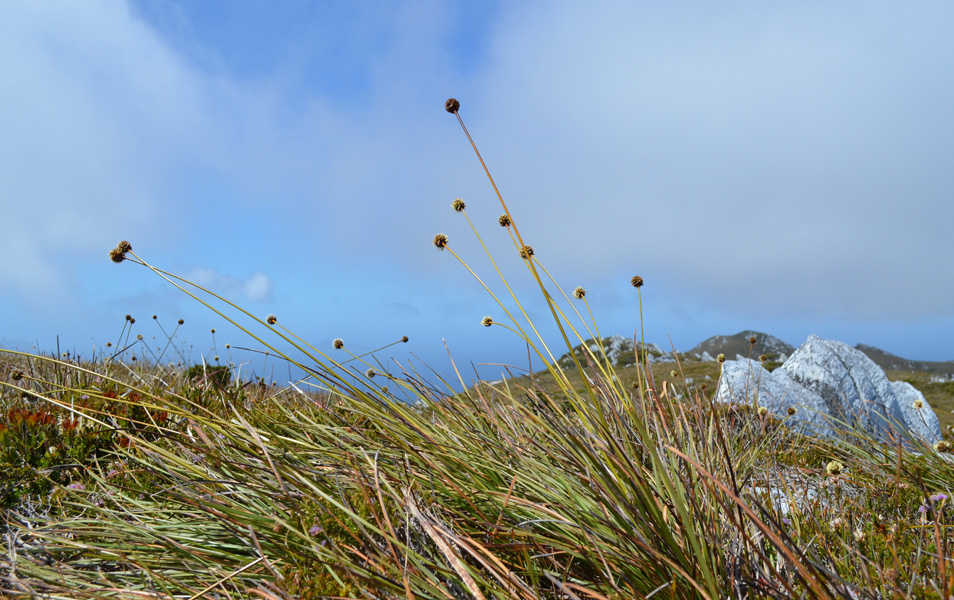 Walking in a wet Tasmanian rainforest can be smelly, clammy and horridly uncomfortable. If you are alone and inexperienced, it can be frightening. Mud, scratchy scrub, and horizontal bush makes navigation over steep terrain incredibly difficult, if not impossible. The environment is harsh, the weather regularly wet, windy and freezing.

When hot, the sun can be punishing, the flies unrelenting, the mozzies fierce and unforgiving. When wet, the leeches take no prisoners and if unnoticed, can suck away for hours.

On the other hand, the Tasmanian wilderness is breathtaking. The sense of peace it gives can be exhilarating, addictive and never forgotten. Within hours of town you can be completely alone, atop a mountain with endless views, surrounded by pure, raw nature. The rainforest is lush, older than humans, and full of intricate beauty and wonder. Even without anyone else around, there is never silence. The wind in the trees is often the loudest sound.

How do we maintain the wildness of these ancient places in a changing world? Reconciling the competing imperatives of safe human access with the protection of wilderness values has vexed Tasmanians for decades.

Experiencing nature is a strong motivator for people to protect ecological integrity. But increasing their access can diminish that very experience. The value of protected areas for tourism is often promoted as an economic alternative to extractive industries like logging or mining.

While I’m not anti-tourism, my question is this: should commercial tourism development be permitted at all in protected areas if it doesn’t contribute to managing the impacts of human visitation?

Reflecting on my own experiences travelling the world, I can be certain of a few things about nature-based tourism. Firstly, build it and they will come. Secondly, make it easy and safe or they won’t venture at all. And thirdly, keep access limited, or the environment loses its attraction.

These observations explain my quandary about the current tourist proposals being approved by the Tasmanian Government. More huts in the Cradle Valley or on the South Coast Track are obvious examples. Both offer perfect opportunities for amazing world class tourist ventures. However, on the South Coast track at least, major improvements to the track are badly needed, right now.

To say the South Coast remains untouched is only a half truth. The beaches are littered with rubbish from fishing boats. Rats in campsites chew through tents and packs to get at food. Wallabies, possums and currawongs are habituated to stealing your supplies. The deep muddy tracks are now so wide in places they look like four-wheel-drive roads. You don’t have to be unlucky to stumble across a half-buried dump site not far off the track, from someone’s failed bush toilet mission.

Human influence on the South Coast is a real and serious management problem already. But my deepest fear lies in the prospect of commercial accommodation developments throughout the Wilderness World Heritage Area. Without providing increased resources and management capacity to the currently depleted Parks and Wildlife Service we risk an erosive and cumulative impact from infrastructure on sensitive environments.

This could degrade the true World Heritage values that the area was listed for. It’s worth a reminder of what those ‘outstanding universal values’ are:
• representative of the earth’s evolutionary history and the most glaciated area in Australia;
• an outstanding example of one of the few remaining temperate areas which is of sufficient size for
natural processes to continue;
• unique, rare and superb natural features and areas of exceptional beauty; and
• a diversity of habitats where populations of rare and endangered species of plants and animals still survive.

There’s much more at stake than the impacts of tourism, that agencies are already struggling to cope with.

Managing the increased wildfire risk to the World Heritage Area from dry lightning is a case in point. A Senate inquiry into the lessons learned from the fires of last summer recommended that Australian and State governments ‘investigate a national remote area firefighting capability’. Not even ‘establish’ – just ‘investigate’. But that was enough for the Tasmanian Coalition Senators on the committee to withdraw their support for this
idea, and other recommendations for increased firefighting resources.

In 2014, the Abbott Government proposed delisting of the World Heritage site to allow logging in protected areas. The Tasmanian Government also sought to change the boundaries. It was the first time that a developed nation had sought to delist a site for economic purposes.

Ultimately the proposal was rejected by the World Heritage Committee. Although the logging plan has now been abandoned, when it comes to approving tourism ventures, it raises serious questions about the Tasmanian government’s commitment to protecting the area’s unique natural and cultural values, and also the extent to which the Tasmanian Aboriginal community will be involved.

If private huts are built with exclusive access for those who can afford it there should be cheaper options available for the general public. And what of disabled access?

Where is the equity in opening up access to the elite with the time and money to afford the experience, while restricting access to those that cannot?

A more equitable approach is to build public huts like those that already exist on the Overland Track, manage access with permits, and keep the tracks well maintained without building walking highways.

Perhaps the best solution is to simply upgrade the tracks and campsites for those who want to walk and leave any further development for outside the protected areas.

While UNESCO and the recently revised management plan don’t specifically rule out all development in the World Heritage Area, surely new tourism development should not be approved without boosting the resources and management capacity to deal with existing issues, before adding more negative impacts.